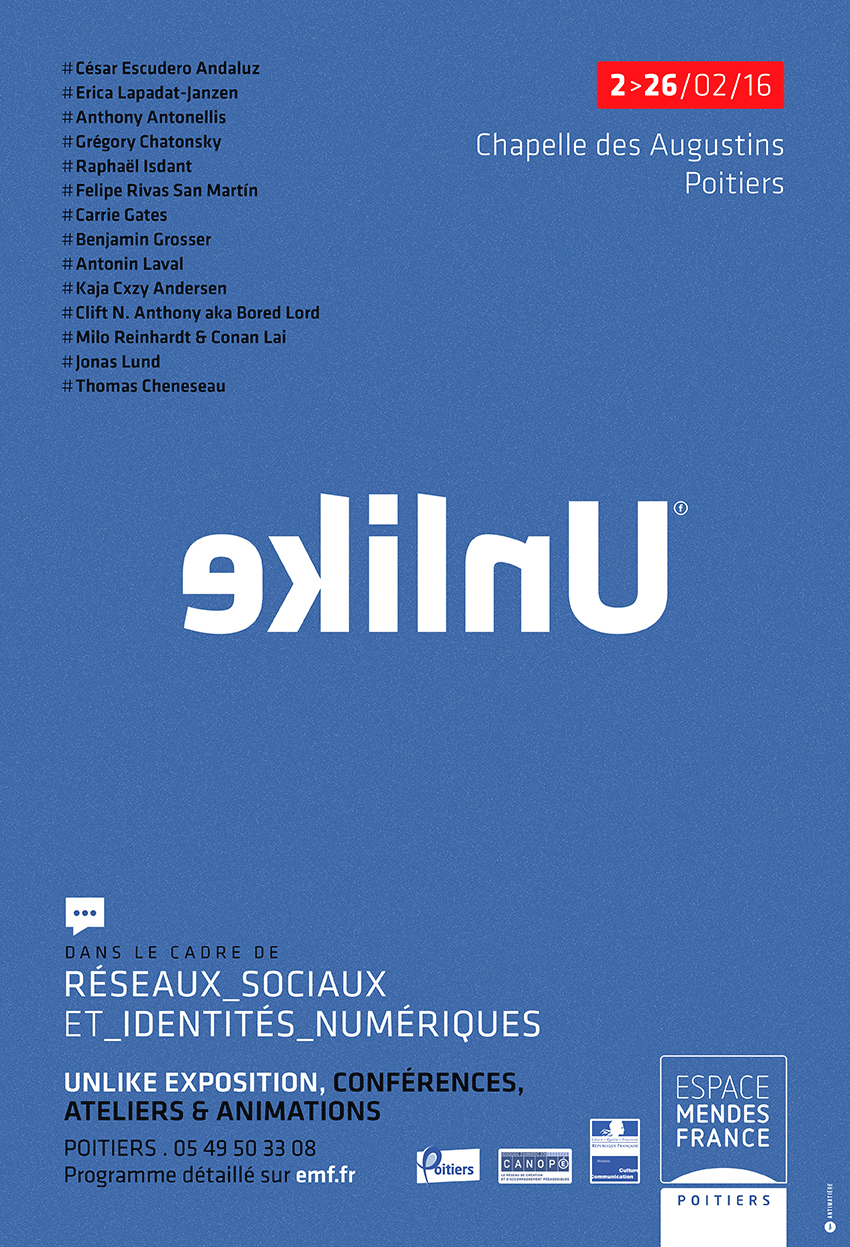 Educational project on the topic of digital media “Social Networks and Digital Identity”: the role of creativity in processes of subjectification and projection among young people (and not-so-young people) 2015/2016

The emergence of digital tools has considerably modified many components of our societies. This movement is now definitely launched and it is difficult to imagine stopping its evolution. It is therefore appropriate to examine with discernment and voluntarism the new and emerging problematics which accompany the evolutions brought on by the rise of digital media.

As tools, digital media are accompanied by two essential notions: digital content and digital usage, which are considered as groups of socialized practices. Concerning the Internet, and more particularly social networks, the sociological approach espoused by Dominique Cardon allows us to distinguish the complex issues surrounding the notion of digital identity, which also underlie the notion of (e)reputation in the context of family, professional, and social relations. Indeed, this notion of digital identity remains quite vast. These “signs of the self”, which were easier to distinguish prior to the emergence of the Web, and particularly the Web 2.0, now hinge on two tensions that make it possible to characterize the transformations of contemporary individualism, which can also be examined via the principles of individuation developed by Gilbert Simondon.

These two tensions can be defined as follows:

Generally, we can admit that behind the usage of social networks lies an important social motivation which is structured around the idea of creating an identity AND making this identity known. This principal of recognition is essential and is differentiated in the relations a person may have with family, in a professional context, in the public arena, or in other forums of any type. This ensemble of identities defines individuals with multiple facets who expect feedback and multiple responses which will indicate how this system of recognition must be adjusted.

The present project proposes a group of actions addressing these questions which will constitute part of a larger project initiated by the Espace Mendès France in 2015 and 2016 entitled “Citizenship and Digital Media”.

These actions will be deployed around an exhibition, “Unlike”, which uses Facebook as a material and support for a form of art which exists as much in the domain of web-art as in physical space.

Workshops for youth, but also parents, meetings (seminars, study days) with researchers in education science, artists, sociologists and anthropologists, and presentations of installations by artists and regional and national collectives will be organized locally (Poitiers, Grand Poitiers), but also regionally (La Rochelle, Cognac, Barbezieux, Saintes, Angoulême…). These active outreach offerings take into consideration and accompany the digital practices prevalent among young people. They also emphasize media education by considering the Web as a means of distribution, but also as a means of personal production of images, sound, and video. The presentation of artworks and the presence of artists make it possible to question in depth the meaning of these practices and thereby offer keys to understanding in order to better situate and interrogate one’s own identity in the digital realm, and, through repercussion, in the “real world”.