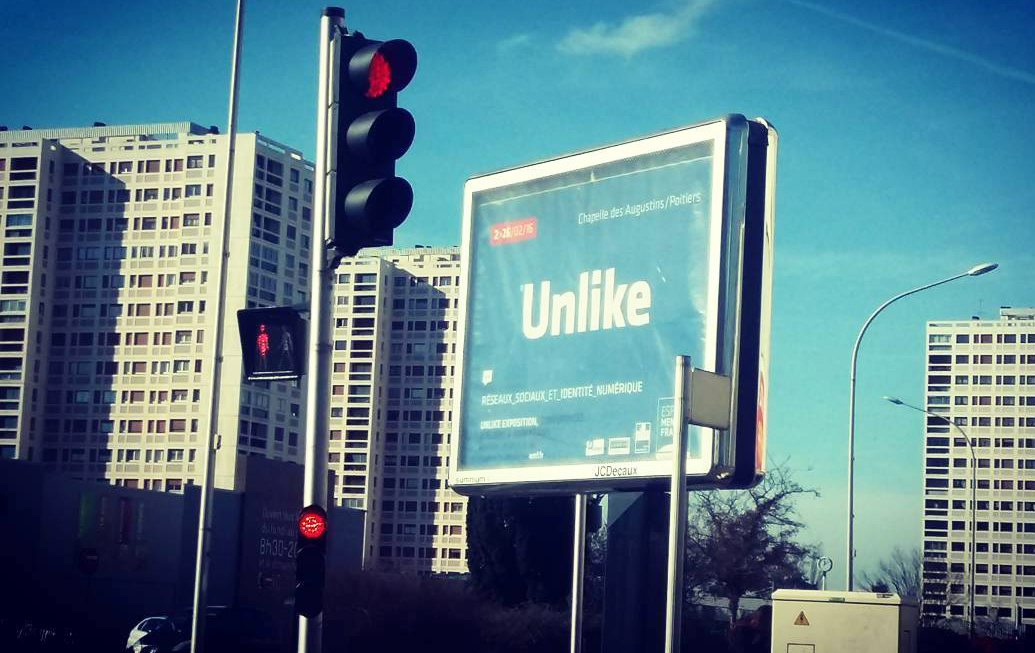 Exhibition designed by Thomas Cheneseau, which presents the question of the social networks and the digital identity under the angle of the artistic diversion. The exhibition gathers and explores for the first time works of international artists which appropriate Facebook by diverting, by confusing, by playing, by trivializing the initial tool through various creations (installations, 3D environments, experiments sound, musical clips, book, painting, web sites and plug-in for different browser.

Facebook is the dominant social network. At the moment it’s used by more than a billion users and look like an digital ID card for many of us. Artists are regularly connected to it and a number of them uses it as material and medium for their creation. The title of the exhibition Unlike has all its importance because these works are often critical in front of social network, and look like act of resistance against the codes, the limits of the interface and question our on-line presence.

Chapelle des Augustins, Poitiers (fr)
Free admission from 3 till 26 February 2016
From Monday to Sunday from 9 am till 6 pm